Chris Joseph played 19 seasons of professional hockey.  14 years in the NHL and 5 years in Europe (Finland, Germany, Italy). In 1987 Chris was drafted in the 1st round (5th overall in the NHL entry draft) by the Pittsburgh Penguins and continued to play for 7 NHL teams (PIT, EDM, TBL, VAN, PHL, PHX, ATL) In total, Joseph played 510 regular-season games, scoring 39 goals with 112 assists for 151 points and collecting 567 penalty minutes. Joseph also played 31 playoff games, scoring 3 goals with 4 assists for 7 points, collecting 24 penalty minutes. In 2001, he moved to Europe to play in Finland’s SM-liiga for TPS, before spending 3 seasons in the Deutsche Eishockey Liga in Germany for the Mannheim Eagles. He then played in Italy for HC Milano Vipers in Serie A before retiring.

Since retiring Joseph became a City of Edmonton Fire Fighter in early 2007.

Chris has taught or helped at hockey schools since he played Junior Hockey back in 1985.  He has been all over BC (Vancouver, Burnaby, Richmond, Terrace) and Alberta (St. Albert, Edmonton, Ponoka, Lac La Biche, High Level, Fort MacMurray) teaching young players the game of hockey.

where the action is 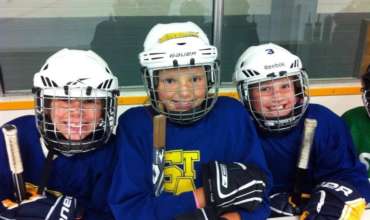 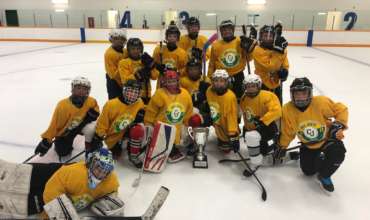 Find Out What Program Best Fits For Your Player

All camps are held at Servus Place in St.Albert